There is two visible square dints on that metal plate. AF9015 is under the dint which is quite center of that picture, near USB-connector and just beside 8pin IC which is clearly visible. That 8pin IC is 2k serial eeprom, markings are ISSI 635 402B2GLI. As usually, eeprom is used for storing device specific information, notably USB ID and USB strings. AF9015 uses eeprom for storing a lot of board specific information too. For example dual mode, remote controller type, remote controller protocol, used RF-tuner, intermediate frequency (IF between demod and tuner). AF9015 clocked at 12.000 MHz. Crystal is located on the other side of the PCB.

AF9015 is quite popular USB DVB-T chip. It integrates DVB-T demodulator named AF9013. Firmware (dvb-usb-af9015.fw) is needed in order to operate. AF9015 firmware contains firmware for both AF9015 and AF9013. Chips has hardware PID filters which means it supports USB1.1 too.

Among the all typical features of DTV USB-interface there is one which is not so typical. That feature is support for two simulatanous television streams. There is external serial transport stream interface that could be used for connecting external demodulator. You could connect one external AF9013 demodulator to that chip which means there is total of two AF9013 demodulators as one is already integrated! That feature offers easy support for dual tuner devices.


AF9013 is just basic DVB-T demodulator and nothing more. That device in question is a little bit special as it has two tuners "dual tuner". As explained earlier, one AF9013 is integrated to AF9015 and the other is on separate chip. That not-integrated AF9013 is located under the dint just center of that picture. AF9013 needs firmware. In case of AF9013 integrated to AF9015 that firmware is carried with the AF9015 firmware.


Unfortunately MxL5003S RF-tuners are hidden under that metal plate. There is two MxL5003S tuners as this device is dual tuner model. Tuners are clocked at 16 MHz, crystal is likely under the metal plate too. 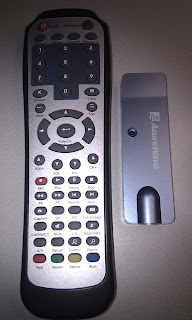 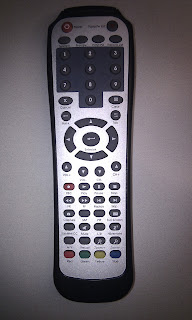 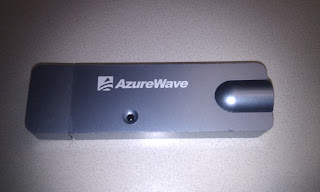 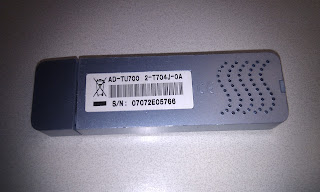 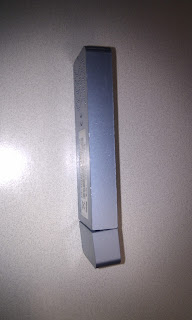 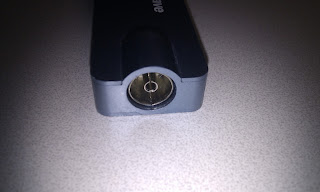 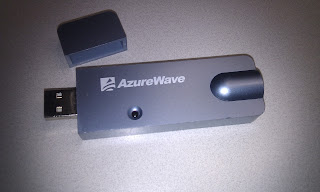 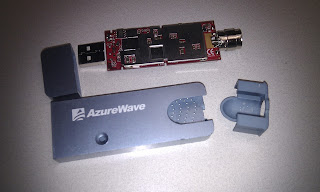 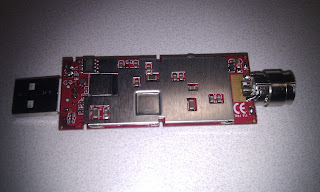 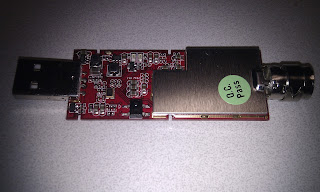 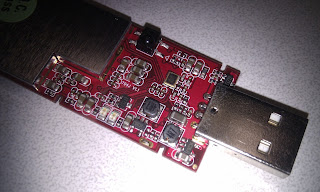 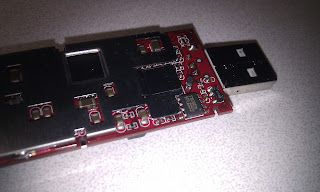 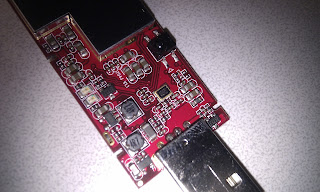 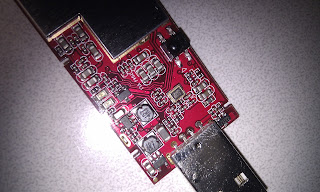 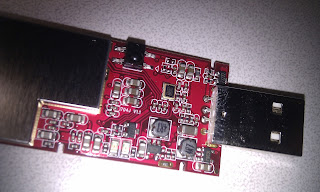