How I end up hacking that device

Initially, few years back to 2009, I was hacking the Realtek RTL2831U Linux support. It is predecessor of RTL2832U having very much similarities, but supports only quite old traditional RF-tuners (reference design tuners seen are QT1010, MT2060, MXL5003S). It appeared very beginning that there is new version (RTL2832U) on the marked. I got one, from Verkkokauppa.com, which was RTL2832U + FC2580. I compared those chipset and saw there is much similarities, even so much that I first tried to make all that supported by two drivers: one for USB-interface and one for demodulator. At the some point I still made a decision (RTL2830/RTL2832) demodulators are too different and dropped out RTL2832 support from common demodulator driver. USB interface driver still remains common for both of these chips. Later Thomas Mair jumped in and made missing driver for RTL2832 demodulator.

My first RTL2832U +  FC2580 device didn't support FM radio. Support for radio was asked few times and I finally decided to order one during autumn 2011 from the DealExtreme. It is just that device seen on that post.

Currently RTL2832U is absolutely most common USB DVB-T chip. I could guess it is due to cheap price, vendor provided reference designs with a huge amount of supported RF tuners and also vendor provided Linux driver. One notable thing for popularity is surely also possibility of use it as a poor man's SDR.

RTL2832U chip is the largest chip seen in that picture. 8 pin chip, T24C02A, on the left side of PCB is 2k serial eeprom. As usually, that eeprom contains some hardware configuration information for the RTL2832U. There is also 28.800MHz crystal which is clock source. IR -receiver was attached just top of RTL2832U, but on that picture I bent it to standing position for better view of RTL2832U.

One absolutely very interesting feature of that chip is so called SDR (Software-defined radio) mode. That undocumented mode is used to offer FM radio and DAB features, whilst DVB-T is demodulated traditionally by hardware. RTL2832U with a comibination of RF-tuner which supports very wide range frequencies (around 50-2000MHz) makes that device very interesting as a general poor man's SDR.


Elonics E4000 could be seen clearly center of that picture. 28.800MHz crystal is clock source for both E4000 and RTL2832U. There is four clearly visible wires, going through C11/C12/C13/C17, between tuner and demodulator. It is baseband (Zero-IF, 4 wires) I/Q signal interface which goes to the demodulator ADC. 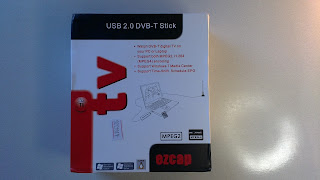 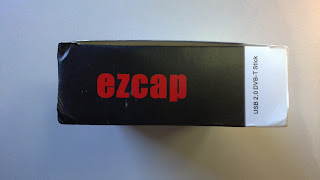 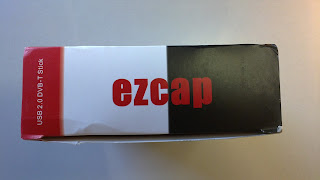 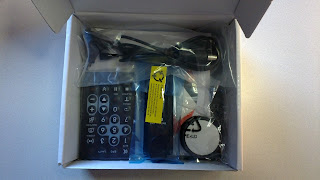 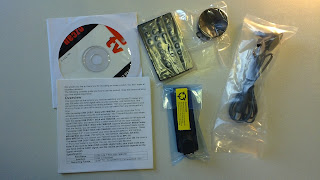 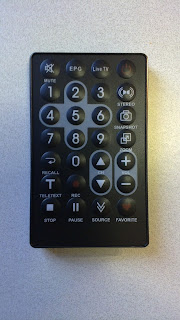 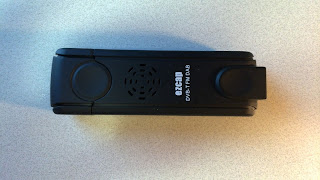 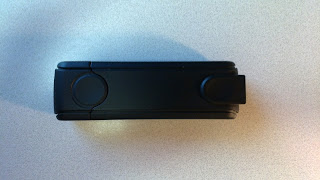 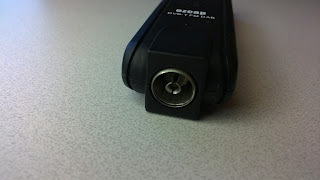 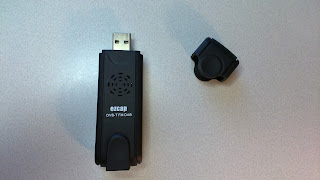 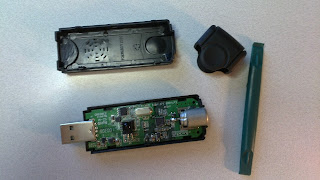 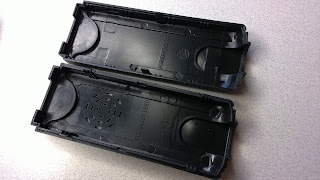 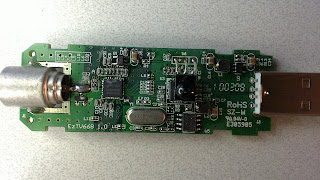 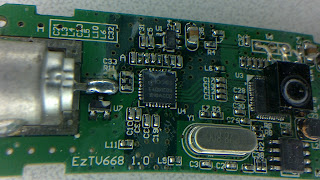 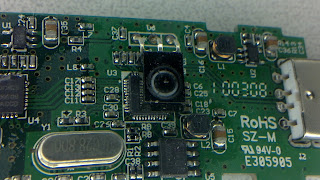 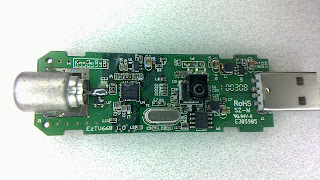 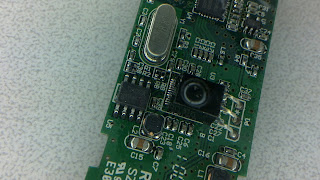 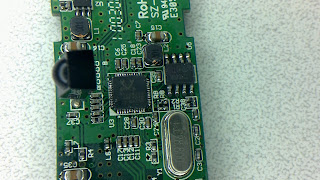 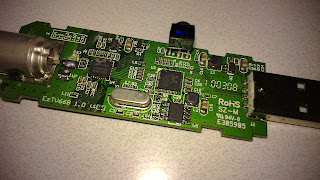